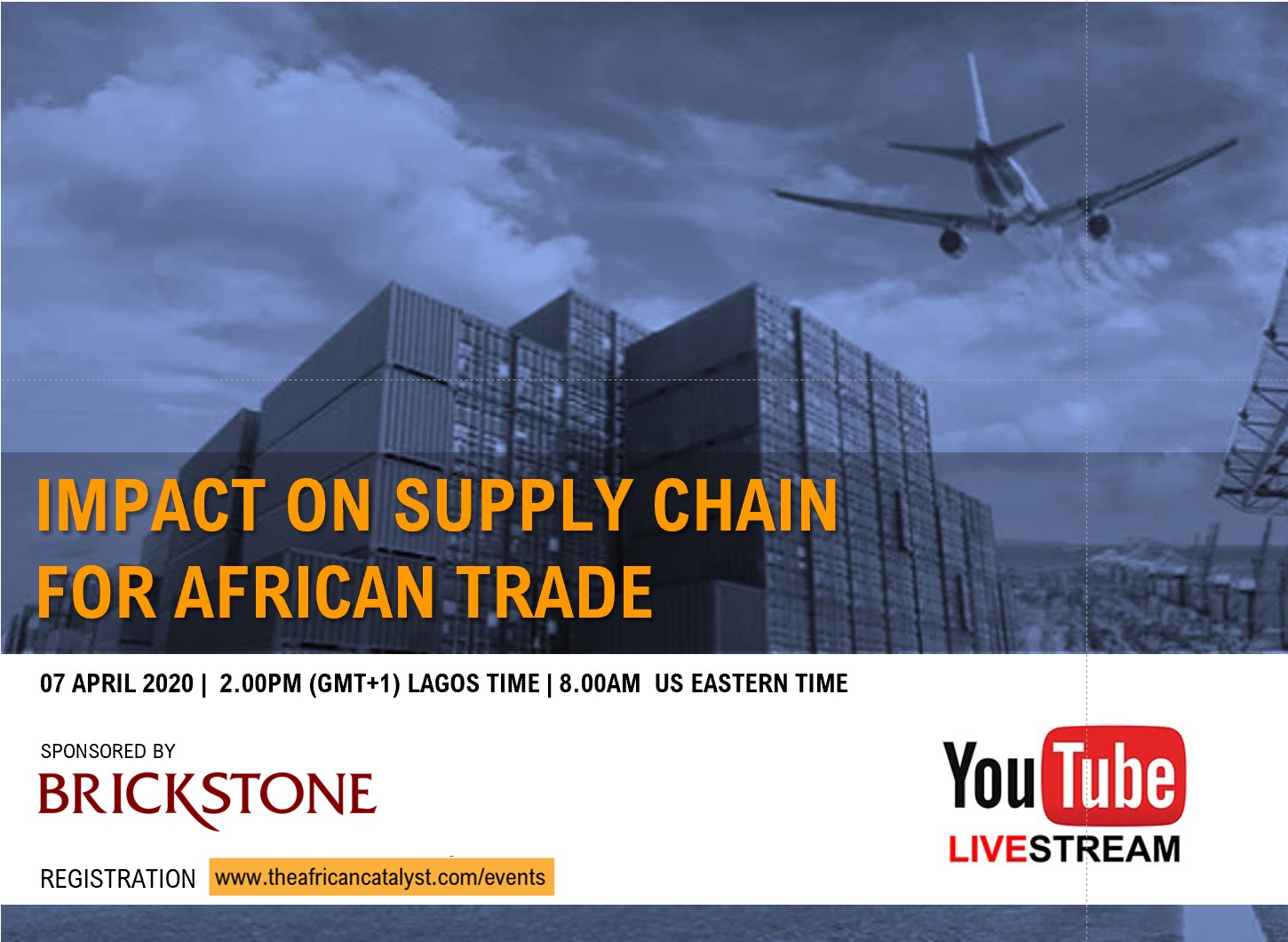 It was indeed an enlightening and lively conversation as discussants gave their different perspectives on the impact of COVID19 on supply for African trade. In case you missed it, below are the highlights of the YouTube Livestream Event

The Livestream was sponsored by Brickstone Africa

On the rationale for having the discussion series, he explained that it was important that there was an understanding of how businesses may evolve and potential issues that businesses might face in Post COVID 19 era as well as providing solutions and recommendations to the challenges. He added that the panel would be examining the Impact of Covid19 on the African Supply Chain as well as the immediate and long-term effects in the Post COVID 19 era.

Consequently, Mr Awofala introduced the three discussants Mr. Jide Akintunde; the Managing Editor of Financial Nigeria; Seun Adebisi, a Legal Practitioner with The New Practice, and Theobekile (Thobs) Nxumalo, a supply chain professional and independent consultant. Seun Adebisi kicked off the discussion by highlighting the effect of COVID 19 on global trade and its consequences on African Trade and Supply Chain. She stated that the major effect of COVID 19 on global trade was the disruption of the global supply chain.

She explained that China played a significant role in the global supply chain being the major supplier of product components adding that any disruption in supply from china would inevitably affect global manufacturing operations.  She noted however that news report from China indicated that manufacturing activities were beginning to pick up as a result of China being largely successful in containing the outbreak.  She also pointed out the irony of this situation, being that while supply from China was increasing, demand for these components have decreased as other parts of the world continued to grapple with the pandemic.

Bringing it to African context, she noted the African had seen a lower demand for its export commodities e.g. crude oil of which she noted had been subject to price fluctuations, she also highlighted that manufacturing companies were finding it increasingly difficult to source for materials for production due to the global supply chain disruption thereby leading decreased cash flows for the manufacturing companies 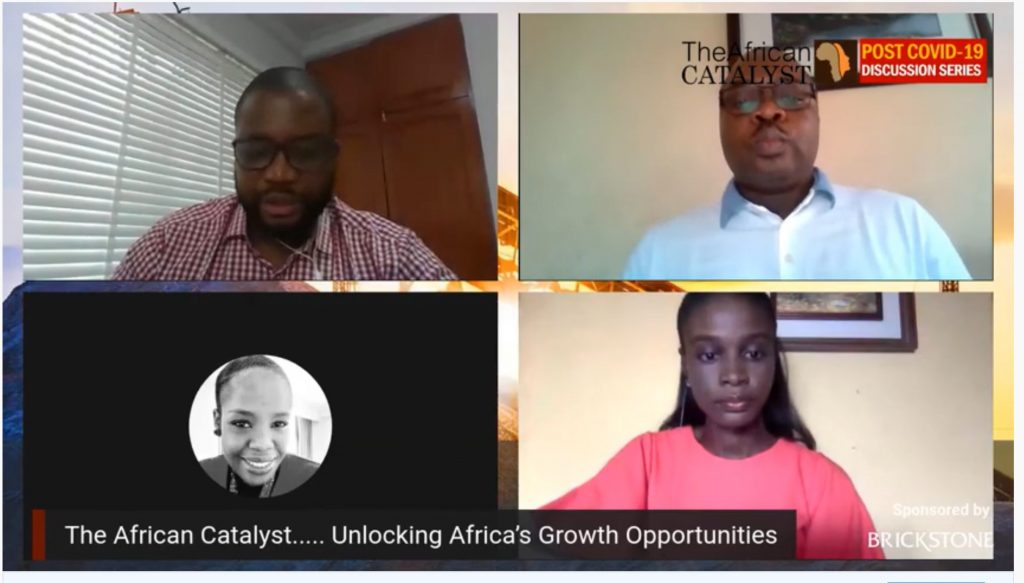 Mr. Akintunde took over from where Seun left off, adding that the United Nation Conference on Trade and Development (UNCTRD) projected that about $50billion of global export would be lost.  In order to underscore the impact, he referred to the various intervention funds being announced by governments of different nations to lessen the impact of COVID 19 which was nearly $5trillion dollars when summed together. He was however gladdened by the fact that the commercial maritime sector has been resilient to the pandemic

Speaking on the effect on African Trade, he stated that the price of crude oil had been greatly impacted and that Nigeria was set to lose about $15.4 billion dollars of the oil revenue which implied that 15% of the revenue to fund the Nigerian budget would be lost.  Talking about the effect on other countries in Africa, he stated that Congo Brazzaville, had been projected to lose about 34% of its GDP from declining in oil revenues while Ghana had been projected to lose about 15% of its crude oil revenue. He noted the situation was especially dire for Congo Brazzaville being that its Debt to GDP ratio was about 90% and might hamper their ability to obtain borrow funds to deal with the impact of the pandemic

He added that the implementation of the African Continental Free Trade Agreement (AFTCA) could also be gravely jeopardised as the pandemic might seriously affect efforts to prepare countries for its implementation.

Mr Awofala thereafter asked Thobs to speak on how illness labour related shortages, transport interruptions and quarantine measures were limiting access to markets and supply chain. She started by saying that organisations were being affected COVID 19 and though it may be difficult to predict the exact consequences of COVID 19, organisations needed to plan for material shortages as well labour concerns due to quarantine measures or illness. She also explained the critical role of supply chain in the global and African Trade. She added that supply chain management represents the logical extension of the logistic concepts within trade and was usually about moving goods along the supply chain. It provides the end to end visibility of all the interrelated firms that focused on delivering goods and services to the ultimate user at the end of the supply chain.

Having described this, she stated that any disruption to the integrated and synchronised flows of goods, information and cash critical to any supply chain was bound to create a negative ripple effect within the supply chain both downstream and upstream, noting that the outbreak of the COVOD 19 was a prime example of this.

She stated that in the short term it was critical for organisations to remodel their supply chains by understanding the critical areas and putting in place contingency plans to source from other suppliers not in the affected regions. It was also critical to examine the balance of supply and demand equation, alternative transportation modes, stabilisation of supply, and alternative sources of supply for the optimisation of efficiencies along the supply chain.

Mr. Awofala thereafter posed a question to the Panelists on how to solve the human capital deficit in the short term occasioned by the outbreak of COVID 19

Mr Akintunde in answering this question noted the key input of human capital in manufacturing in Africa. He noted that sourcing for human capital externally was not sustainable and that Africa needed personnel with entrepreneurial and managerial skills to manage complex supply chain system.

In buttressing what Mr. Akintunde stated, Seun added that Africa could address the human capital deficit in the short term by getting expatriates to train local personnel, albeit in an accelerated manner by adopting technological tools.

Thobs agreed with Seun’s approach and equally noted that a short-term measure would be to shift focus to African personnel with the necessary expertise to respond to various problems on different scales. She added that Africans could congregate and have forums together to discuss and share their expertise. Mr Awofala also added that perhaps Africa might need to focus on sourcing for local personnel in the short term before conducting training and investing in capacity building.

Thereafter Mr Awofala a posed a question on the alternative production inputs (technology, labour and raw materials`) for African manufacturing industries which could be home grown.

Mr Akintunde expressed that most manufacturing industries had been caught unawares by the pandemic. He said this

He stated that manufacturing industries needed to improve efficiency, source materials for raw materials locally and from neighbouring countries and government should encourage backward integration by deploying monetary and fiscal stimulus in enabling manufacturing industries have access to raw materials.  He also added the government should reduce wastage of resources, as well as channel resources to support market and industries.

Having exhausted his questions, Mr. Awofala thereafter sought for final thoughts from the Panelists

Seun pointed out that Africa had been presented the opportunity to take advantage of the gap in the global supply chain due to its youthful population, but was unfortunately not ready for it, she hoped polices would be implemented to bolster the industrialisation of Africa.

Thobs agreed with Seun and added that Africa could increase intra Africa Trade and reduce its dependence on supplies outside the region by establishing its own supply values chain and ecosystem within the continent. She also noted that the implementation of AFTCA was more critical than ever in order to boost African Trade adding that Technology will also be a strong facilitator of change.

Mr Akintunde concluded by stating that it was important that Africans take leadership selection very seriously. Mr. Awofala, subsequently, thanked the viewers for participating in the Livestream.

Seun is a Contributor to The African Catalyst. Seun is a practicing corporate commercial lawyer with TNP - a commercially oriented in Lagos. She is a member of TNP’s Corporate Commercial Team and has provided legal support to local and international clients on Set Up Compliance and Restructuring in Nigeria. She is equally adept at various statutory and compliance requirements for FinTech Companies in Nigeria and regularly advises them on the same.

She is passionate about the exponential growth of businesses and start-ups such that they are able to comfortably compete on the global stage. This has led her to acquire knowledge in International business and Trade Law, to enable her advice businesses on applicable regulations that apply to cross border business transactions, as well as bilateral, multilateral and regional trade agreements among countries. Seun graduated with a First-Class Honours from the Nigerian Law School and is a holder of the Chartered Finance Analyst (CFA) Institute Foundations Certificate. 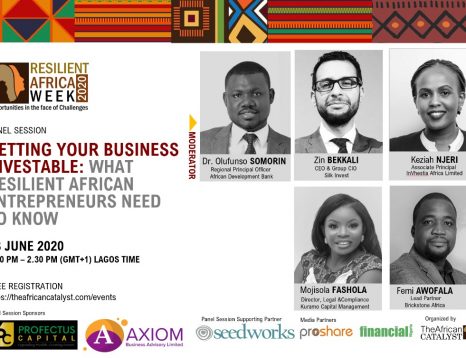 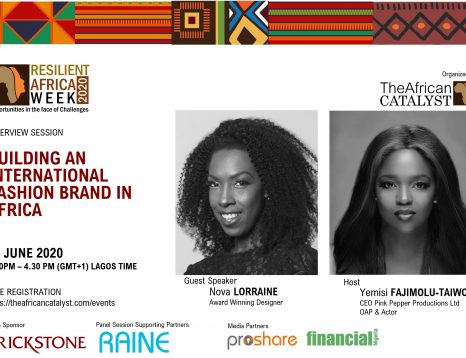 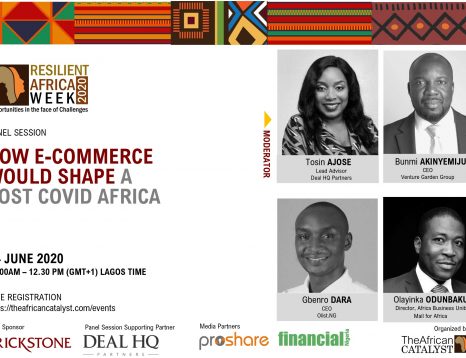 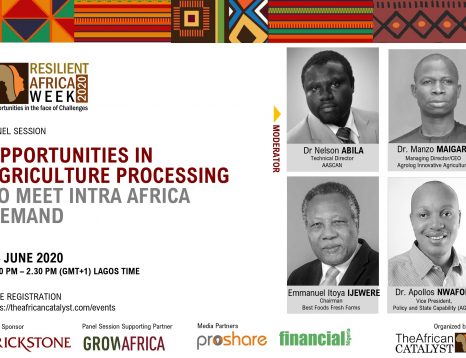 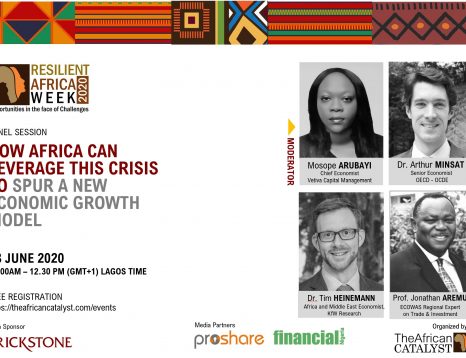 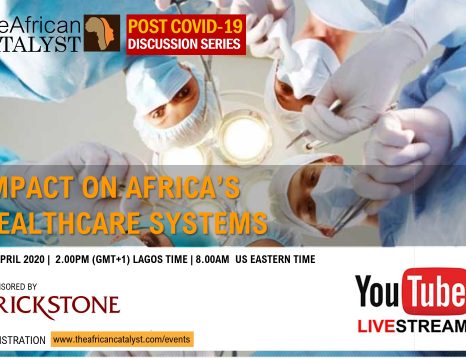